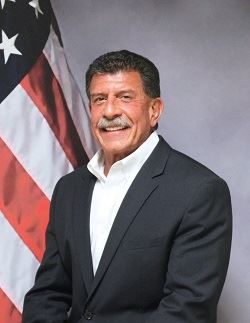 Dr. Palestrant started his career in the emergency room as an orderly on the night shift at Hialeah Hospital. He then became a paramedic for Broward County EMS and later received his nursing degree from the University of the State of New York. He attended medical school at the Universidad Tecnologica de Santiago, in the Dominican Republic.

Upon his return to the U.S, Dr. Palestrant did a transitional internship in St Louis Missouri and three more years at the University of Florida/Shands Jacksonville Hospital. While at Shands, he trained in family medicine and served as Chief Resident. He returned to South Florida, and spent 3 years in the emergency department at Palm Beach Regional Hospital, where he became the director of the department.

Dr Palestrant moved to St Lucie County in 1993 and worked the next 10 years in the emergency department at St. Lucie Medical Center, 8 of which he served as the Medical Director. It was here that he forged a long-standing relationship with the hardworking firefighters and paramedics of St Lucie County.

Dr. Palestrant is only the second Medical Director in the fire district's history.