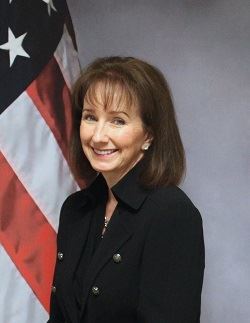 Kim Sabol joined the St. Lucie County Fire District as the Attorney on May 1, 2017. She is one of three positions appointed by the Fire District Board of Commissioners. The other positions are the Fire Chief and the Clerk Treasurer.

Prior to joining the District, Kim was the Staff Attorney and Labor/Employment Representative for the Martin County School District and served as their district’s Chief Negotiator for labor contracts.  She has been an attorney in Florida since 1993 and served as an Assistant State Attorney for the 19th Judicial Circuit of Florida.

Kim received her Juris Doctorate degree from the College of Law at Stetson University (was a member of the International Legal Honor Society of Phi Delta Phi) and received a Bachelor of Science degree in Psychology from Florida State University.   She also served on the Board of Directors for the Florida Educational Negotiators, a statewide management organization that assists its members in the field of employee and labor relations; she served as the Secretary in 2011-2012 and President in 2014-2015.